This one's really clever, though!

well ...... it's a beer, actually, but you gotta love this commercial. This music always gets the hair standing up on the back of my neck, and, in fact, elsewhere!

Makes me thirsty too

The Secret Life of the Brain

History of the brain, 3-D anatomy, mind illusions and more

Did you know that spiders are not insects? They belong to the Class Arachnida, insects to the Class Insecta. Spiders are as distant from insects as birds are from fish. And that Tarantulas are not dangerous or deadly to humans? Or the stories about you unknowingly swallowing an average of four live spiders in your sleep each year? Forget about that, it's not true.

How to clean ANYTHING!

Each topic on Human Anatomy Online has animations, hundreds of graphics, and thousands of descriptive links. Study the anatomy of the human body.

It's fun, interactive, and an ideal reference site for students or those who just want to know more about the medical descriptions used by doctors and nurses. 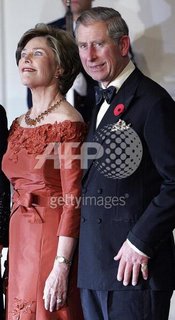 I can't stop myself for laughing. That's just the Xanax kicking in. Or Charlie has his finger in her ass.

Who would've thought that there were so many?!??! Over 150 different versions of the Google logo from around the world

Where does the time go??

It doesn't seem like over a week since I posted last, and I don't remember really being all that busy 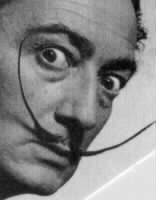 How to find lost objects

Hi, I’m Professor Solomon, author of How to Find Lost Objects (featured on ABC’s “Good Morning America” and published by Penguin Books), and creator of an AMAZING METHOD for finding lost objects.

Have you lost something? Have you misplaced your keys, wallet, or other vital possession? Is it hiding from you, somewhere in your home or office? Well, I can help you find it.

How? By running you through my method. Interested? Okay, let’s go—let’s find your lost object!

In the 2nd half of the 20th Century hanging was the accepted method of executing those found guilty of committing a capitol crime. The exception was Utah where the condemned were given the choice of the gallows or a firing squad. The convicts overwhelmingly chose the bullet over the rope.

Ann Hoag and Jonas Williams were hanged together for separate crimes on July 30, 1852 in Poughkeepsie NY. Dutchess County, NY was using a new version of gallows that involved using a dropped counterweight to yank the executee to the crossbeam, hopefully breaking the victim's neck in the process. Williams' neck snapped, but Ann Hoag's didn't and she struggled violently for several minutes before finally suffocating to death. This didn't seem right to most people at the time. The murdering, raping Negro died quickly while the housewife, who was accused of poisoning her husband but claimed to her death that she was innocent, died hard.

In 1886 a New York State Legislature Commission was established to study humane methods of capitol punishment.

It's a small world 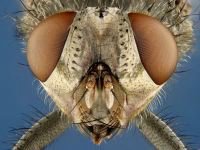 Can you find three obvious differences between the two photos? I can only find one.

Interview with an honest boss.

Five hundred panoramic views of parks by Erik Goetze.
These are possibly some of the best wilderness pictures you'll ever see.

"The hardest riddle available on the internet"